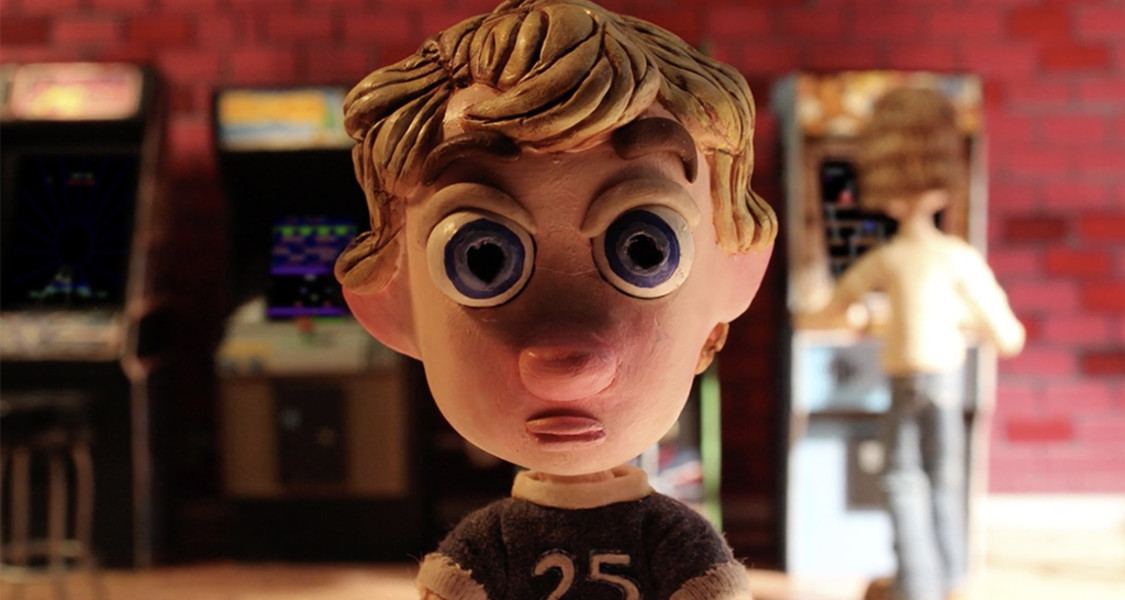 A family friendly line-up of fun, animated shorts from around the region and around the world!

A James Bond style man of mystery suffers an accident on set that threatens his career in a stop motion animated comedy from collective 2 Mentes Films.

A lively exploration of the paradise that lies in all of our hearts, inspired by Guarani mythology.

A boy helps a fish get back to the sea in Mercedes Marro’s vibrant hand-drawn Spanish fantasy.

A boy encounters a mysterious new game in his local arcade in Brad Pattullo’s stop-motion send-up of 1980s conspiracy thrillers.

Inspired by Tom Robbin’s depiction of Tanuki, a Japanese mystical creature known for his mischief, Pittari tells the playful story of a destructive creature halted by an adversary.

A boy lives with his grandmother in an Eastern Europian village, left to own devices he toils away on a mystery project until he meets an unexpected friend in Alexander Kurilov’s award-winning computer animated drama.

After a meteorite strikes, a small dinosaur finds his way home in bold computer animated adventure.

A baby antelope becomes fast friends with a lioness in Sarah Gayden’s hand drawn fable inspired by an observation in the Samburu National Reserve.

A baby swan is forced to fly in Win Leerasnthanah’s computer animated ode to taking the next steps in life.