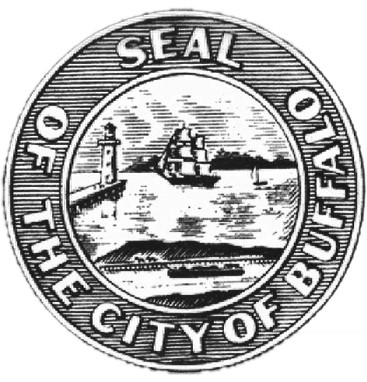 A heartfelt thank you to our namesake city – beautiful Buffalo, New York and our Mayor Byron W. Brown. And to the Delaware District and Council Member Joel P. Feroleto.

Buffalo is the second largest city in the state of New York and the 81st most populous city in the United States. Buffalo is a coastal city and spans the shores of Lake Erie and the Niagara River in Western New York. It has a rich ecological and cultural history, and has been inhabited by humans since the last ice age, through Erie, Nuetral and Haudenosaunee Nations control, colonialism and statehood. Its fine neoclassical, beaux arts and art deco architecture speaks to its history as an industrial capital in the early 20th century. Its landmarks include the 398-ft art deco City Hall, the Frank Lloyd Wright–designed Darwin D. Martin House and the Albright-Knox Art Gallery, a Greek Revival museum with works by Picasso and Warhol to name a few.